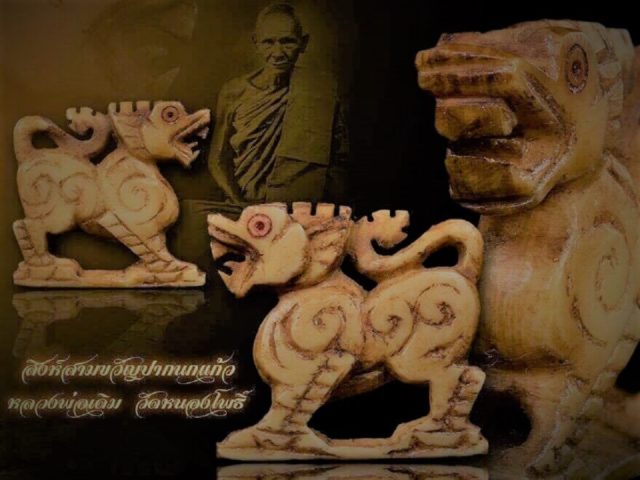 A look at just a few of the plethora of Carved Ivory and Tooth, Wood, Bone Singha amulets of the Great LP Derm of Wat Nong Po, to bring the style of the various preferred artisans who carved them, and the appearance of natural aging of amulets which reage the Era of Luang Por Derm. Knowing how to estimate the age and recognise the effects of natural aging on an amulet, this assists in authenticating it for your beliefs. Hence, we present some classic images and comments to increase your ability to differentiate the Carved Singha Amulets of Luang Por Derm, from those of other Masters (which is in any case, a very difficult art).


Below we see a classic Hand Carved Ivory Singha Lion in Heart Shape Frame, which is one of the various forms known by devotees, and is featured in encyclopaedic works of the pantheon of amulets of this Master 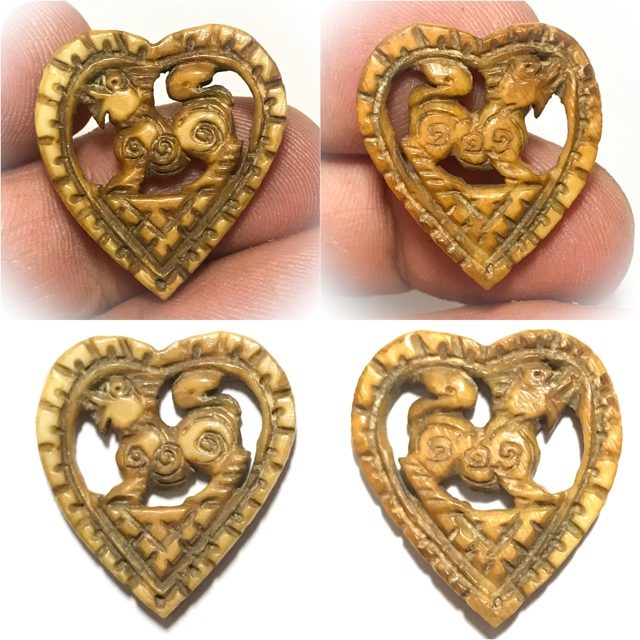 Luang Por Derm’s Carved Ivory, Boar Tusk Tiger Teeth and wooden hand made antique amulets, are amongst the most highly desired and collected items. The Wicha of Luang Por Derm is continued to this day through his Looksit of the various Master Lineages.

Below; Singh Sam Khwan amulets in Oval, ‘Pim Roop Hua Jai’ Heart shape, and in Loi Ongk statuette forms. The Singh Sam Khwan was also made with different kinds of mouths, such as the Pak Nok Gaew ‘parrot beak’ version. 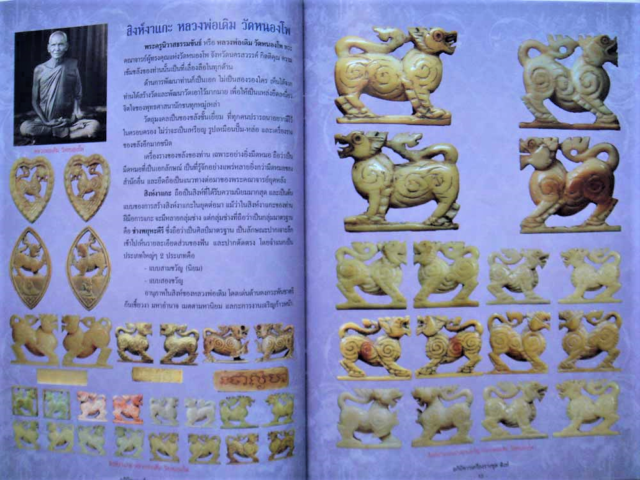 His carved ivory, and wooden amulets are vary rare items, and highly individual in appearance, for they were made by individual Artisans who were Initiated and had received the Wicha, and ‘Korb Kroo’ Ritual Empowerment as permission from Luang Por Derm himself. 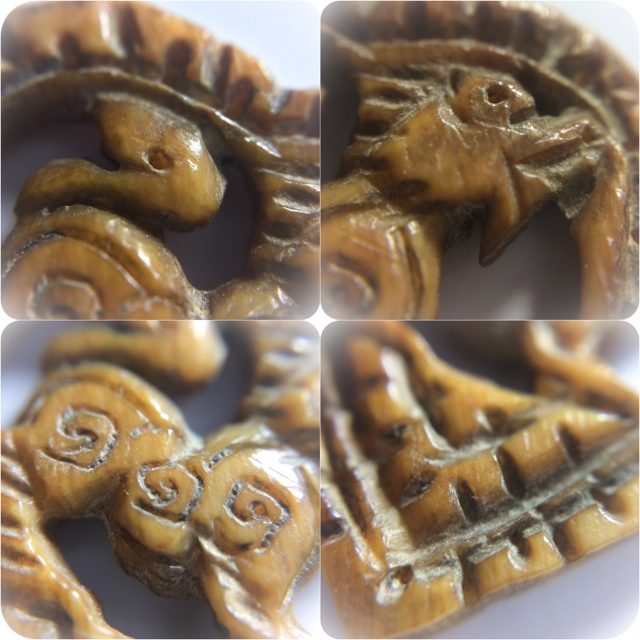 Only such Lineage Master Initiates were allowed to perform carving or knife forging for Luang Por Derm, and even to this day after his passing, all the Posthumous Editions of amulets which derive from Masters who are Initiates of Luang Por Derm, must use only amulets and Artisanry which has been made by an Initiated Artisan. 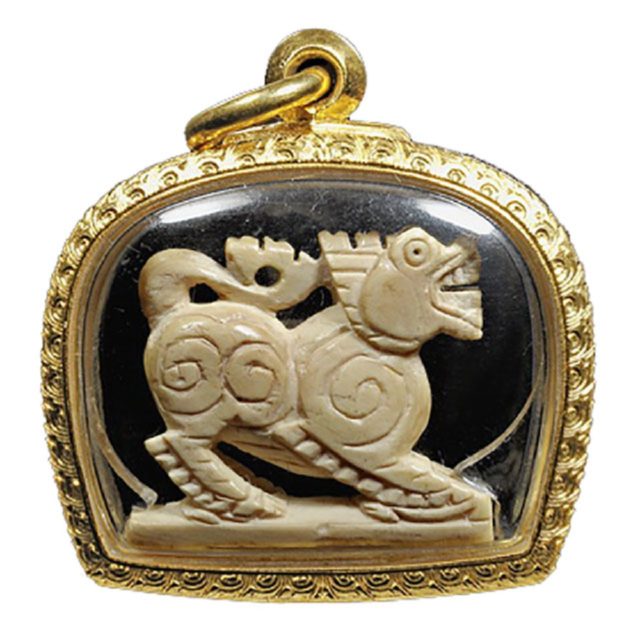 Luang Por Derm is considered one of the greatest masters for Powerful Amulets was famous for many amulets, but the Singh Sam Khwan, Mitmor, and Rachasri Lion amulets, along with his Nang Kwak, Roop Lor statuettes, have become synonimous with his name. 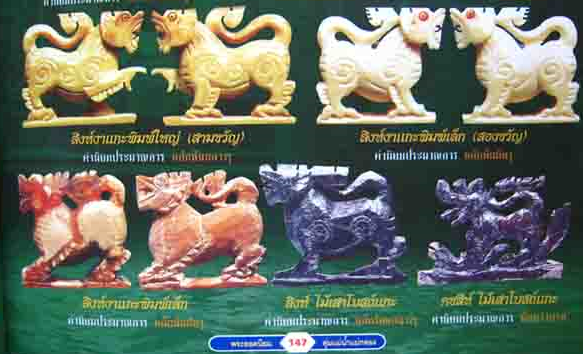 Singh Sam Khwan in varous materials, such as wood and ivory

Luang Por Derm Puttasaro made carved Singha Lions and other amulets in a variety of forms, as well as a host of other types of Sacred Amulets and Talismanic Charms, be they Pha Yant (both hand inscribed and sil screened), Hand carved, and cast metal Loi Ongk mini statuettes, Photographs, Takrut, and sacred powder amulets.

LP Derm also made many types of Nang Kwak Carved amulets, in various forms, which is typical of how artisans make use of the size and shape of each piece of ivory, wood, or bone or other substance they have to work with, and extract the most artistic form possible with the given shape. 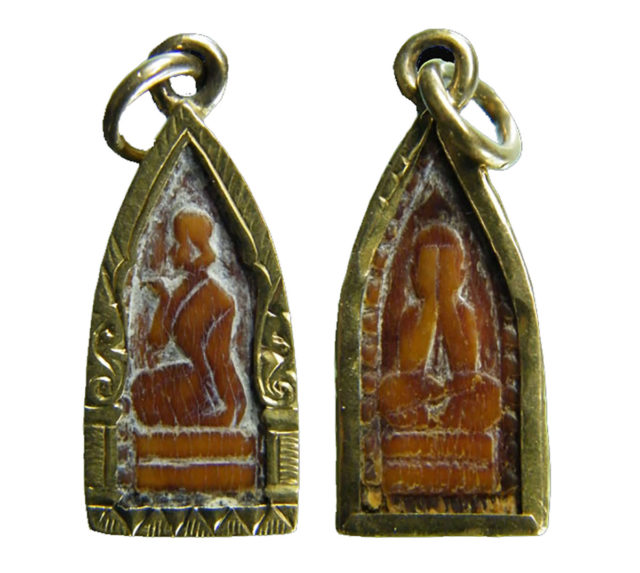 Nang Kwak Hlang Pra Pid Ta Carved Amulet of LP Derm, with Nang Kwak on one side, and Pra Pid Ta on the other side

The Nang Kwak can be seen in a large variety of forms indeed, some of them featuring animals on the bases of the amulets, which was also done with Buddha Images (Pra Prajam Wan Birthday Buddhas) 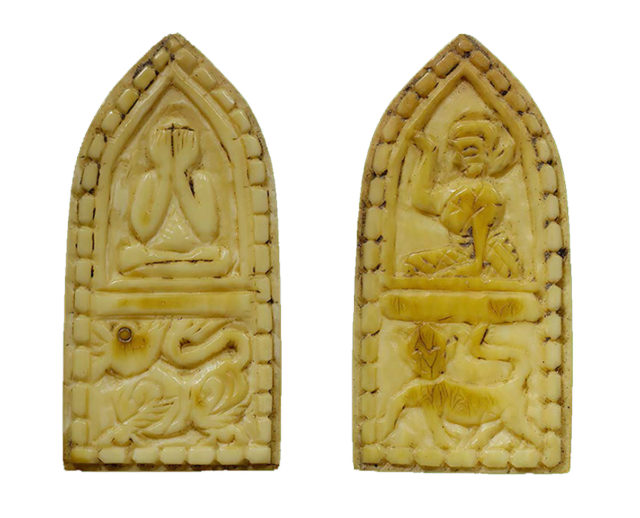 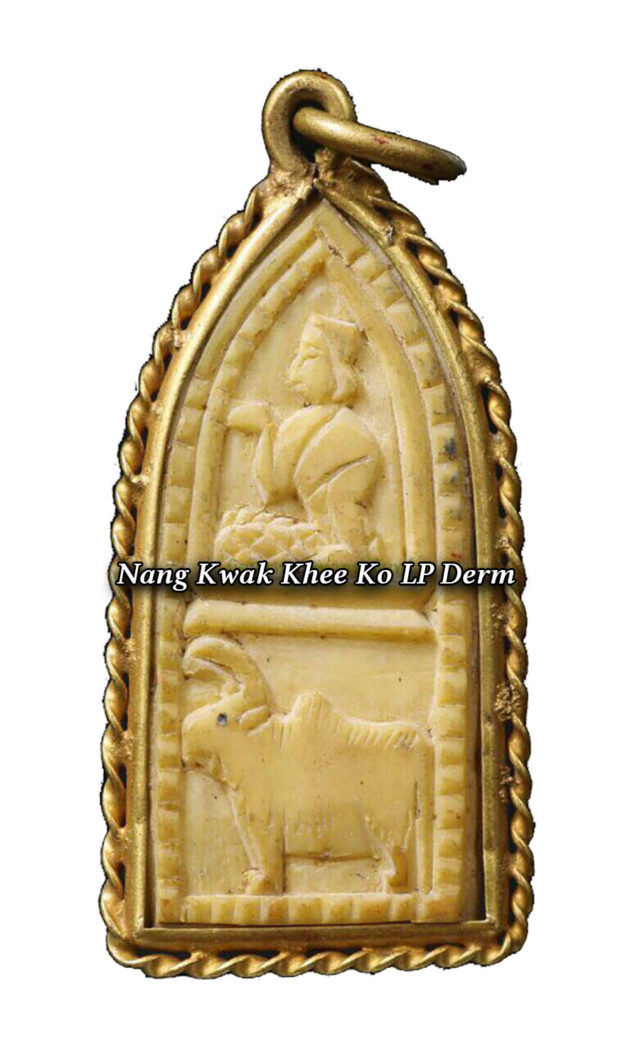 Nang Kwak Nang Ko (riding an oxen), by LP Derm – recommended for those born in the year of the Ox 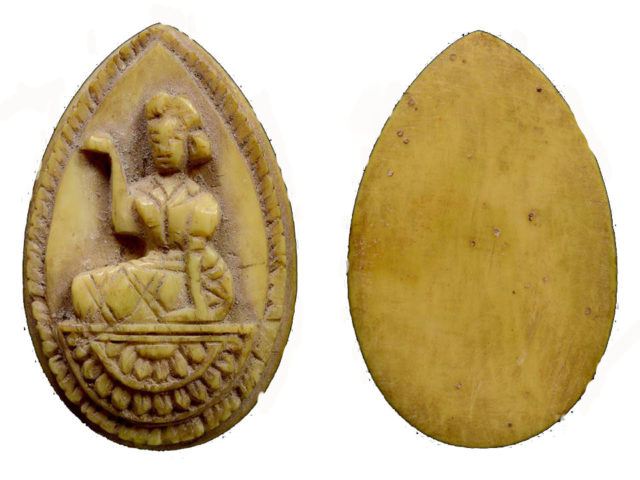 As with the Singh Sam Khwan, the Nang Kwak was also sometimes (rare) made in the form of a heart shape. 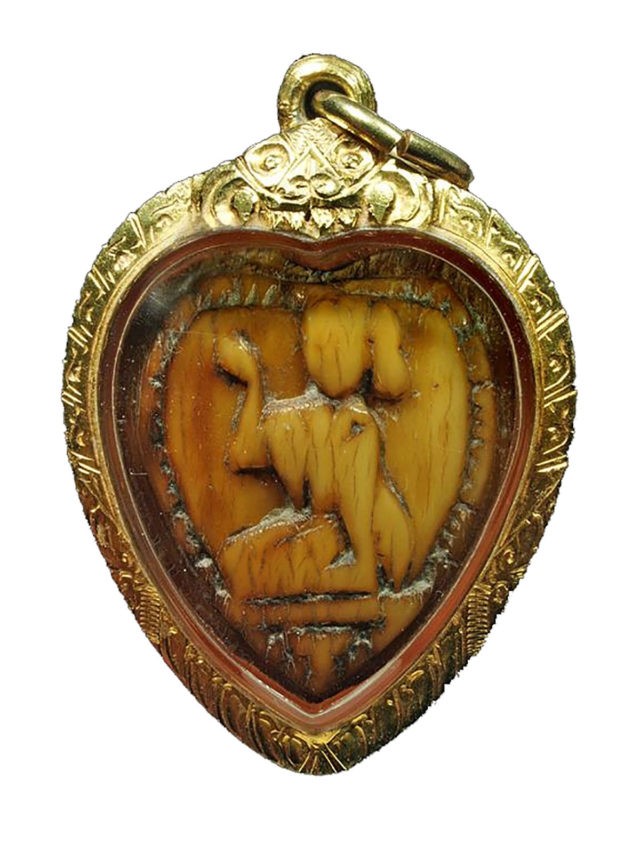 The Nang Kwak was walso found as a Roop Lor and Rian Lor metallic amulet from LP Derm.

Some of the rarer individual hand carved amulets which are not found documented are also noteworthy, for those whose interest is to catalogue and recognize the inimitable carvings of the chosen looksit initiate artisans of Luang Por Derm Puttasaro, of Wat Nong Po.

Below; a very rare carved Pra Pid Ta Buddha Loi Ongk carved from Ivory, the Patina reveals its age and natural accumulation of character, as the passage of time increases the beauty of the ivory 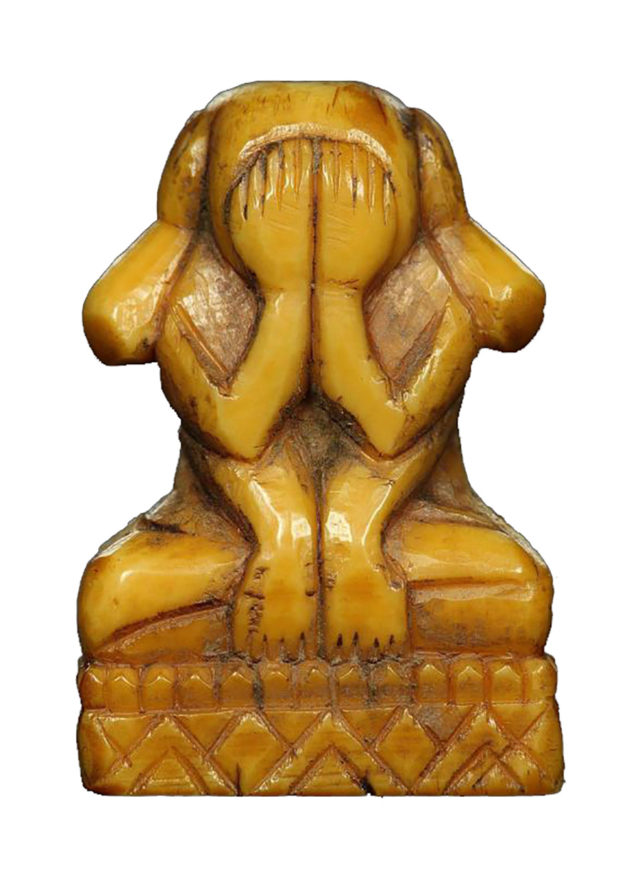