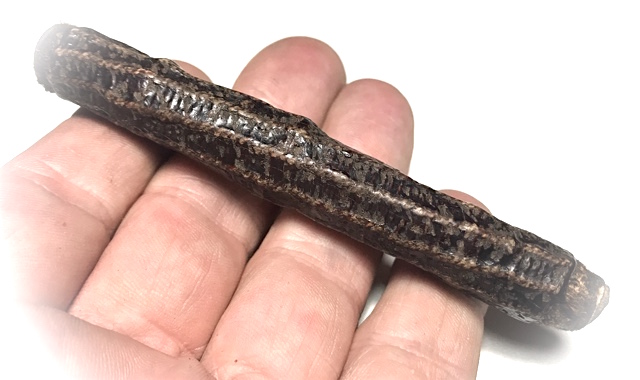 Luang Por Glan was known to be highly Adept with a large number of Magical Wicha, be it the Wicha Fan Dab (Swordfighting), or the Science and Art of fighting with Ancient Weaponry. Luang Por had Mastered the Secret Ancient Wicha Kong Grapan Chadtri, of the Olden days Sorceror Warriors, who used Magic to protect them in Wars. This Takrut is Wicha Suea Tiger Skin Wicha and is powerful Kong Grapan Chadtri Maha Amnaj. 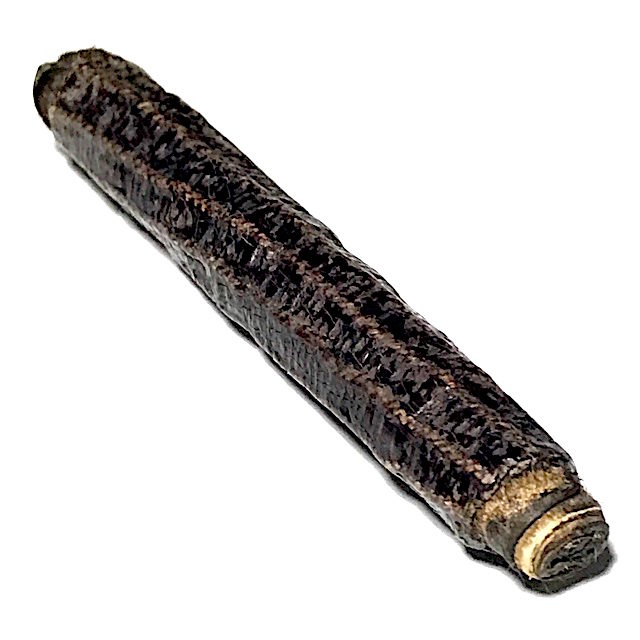 Luang Por Glan’s Fame for Magical prowess caused many people to come and satisfy their curiosity as to whether Luang Por’s Magic was as powerful as rumour had it, and would come to the temple to test him out. Luang Por Glan always knew beforehand and sensed it, when a devotee was approaching to try to test his Magic and his Abilities. 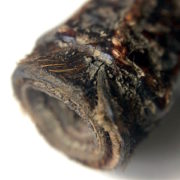 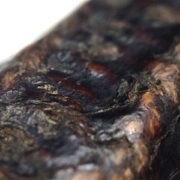 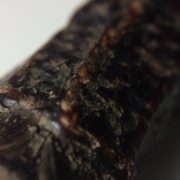 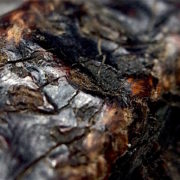 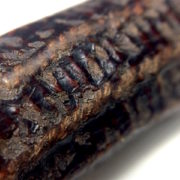 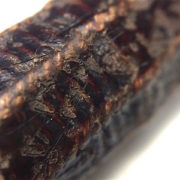 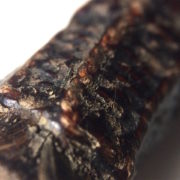 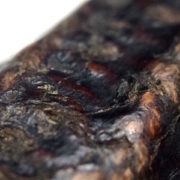 One day a very influential and feared ‘Nak Leng’ (Mafia Gangster) from another Province, came to ask to test his Wicha, and Luang Por Glan agreed, and began by inviting the gangster to shoot at a piece of white cloth Luang Por would throw into the air.

The gangster shot at it, but the cocked hammer fell on the bullet and the bullet remained in the gun. The only sound was that of the metal Hammer of the gun hitting against the bullet. Then Luang Por asked the Gangster to shoot into the sky, which he did, and the gun fired as normal, with a very loud bang. Luang Por Glan then told the Gangster to shoot at another piece of white cloth, and threw it into the air. The Gangster fired at it, but once more, the gun clicked, the bullet remained in the gun, and the devotees gasped in amazement, as did the Gangster. The Gangster was filled with respect and reverence, and prostrated in humble appreciation of the powerful magic of Luang Por Glan.

Below, some of the inimitable styles of cord wrap used by the various artisans of the preferred models of Takrut Luang Por Glan 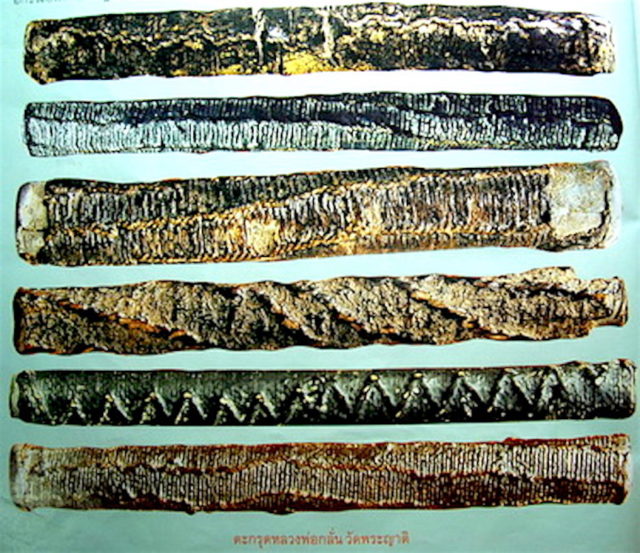 Another famous Wicha of Luang Por Glan, was the Wicha Look Bao (Wicha Chadtri). The wicha Look Bao is a Wicha based in Kong Grapan Yuu Kong Invincibility magic. This Wicha would allow very heavy objects to be placed onto a person, but the objects will feel light and weightless, and be unable to crush the person. 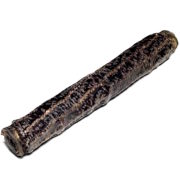 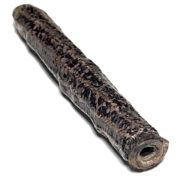 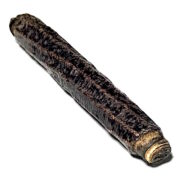 It is said that the Great Luang Por An (Wat Prayatikaram), was once practicing Vipassana Kammathana Mindfulness Meditations in the Uposatha Shrineroom at Wat prayat during the time that he was still practicing under the tutelage of Luang Por Glan, and that, as he was meditating in the Uposatha, he saw Luang Por Glan walk in, sit down in front of him, and start speaking to teach him some more advanced methods. 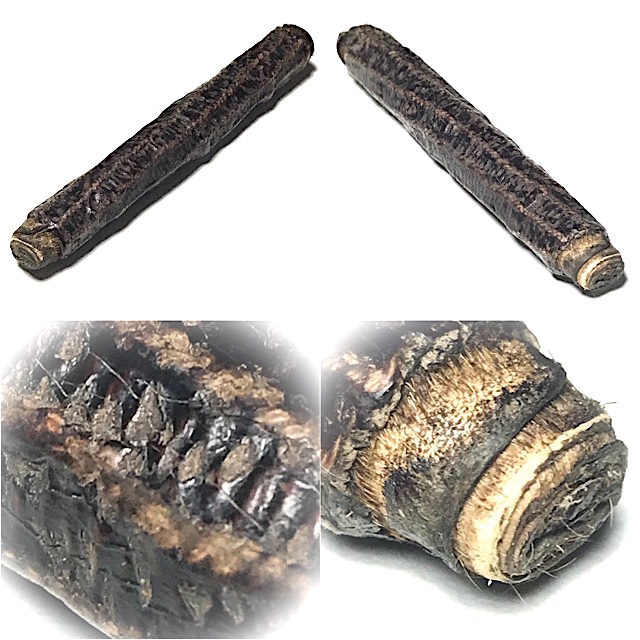 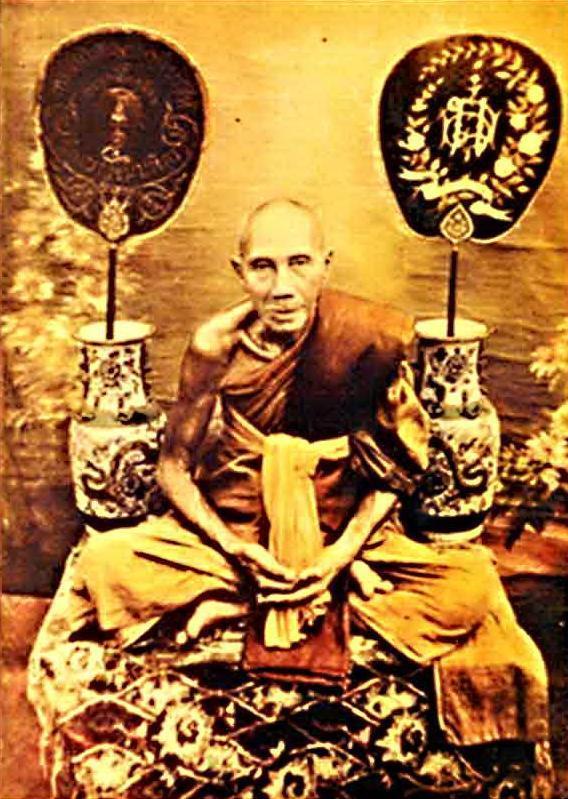 The Takrut of Luang Por Glan are highly renowned for their immense Kong Grapan Chadtri Maha Ud power, and are known to be empowered with the Kata and Yant Pra Puttakun, Pra Tammakun, Pra Sangkakun (Pra Trai Soranakom), the Wicha of the Kata Pra Baramee 30 Tat, and the Wicha Pra Jao Sip Chaat (10 Jataka). 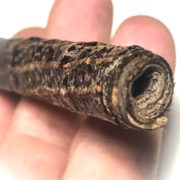 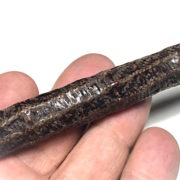 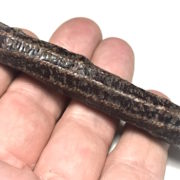 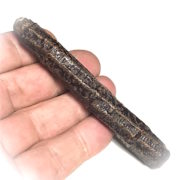 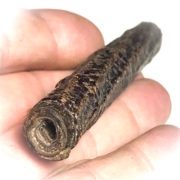 Below; Takrut Sariga of Luang Por Glan, another type of his Takrut showing the same artisanry in cord wrapping technique as in this exhibit. 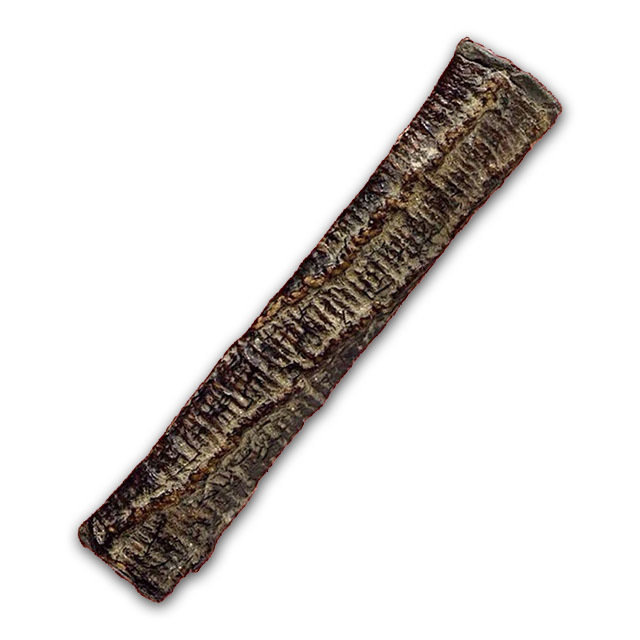