This exhibit of Pra Pid Ta Wat Bor Win is made from Pong Bailan, and Pong Prai Kumarn and other Muan Sarn Sacred Powders of Luang Phu Tim, and has the sacred Yant Nam Tao embossed on the rear face. Not all exhibits have the Yant on the rear face, those having one being more highly preferred models. The amulets were Blessed in 9 Empowerment Ceremonies by 9 great Master ceremonies with L.P. Tim performing a further nine months of nightly empowerments in solo. 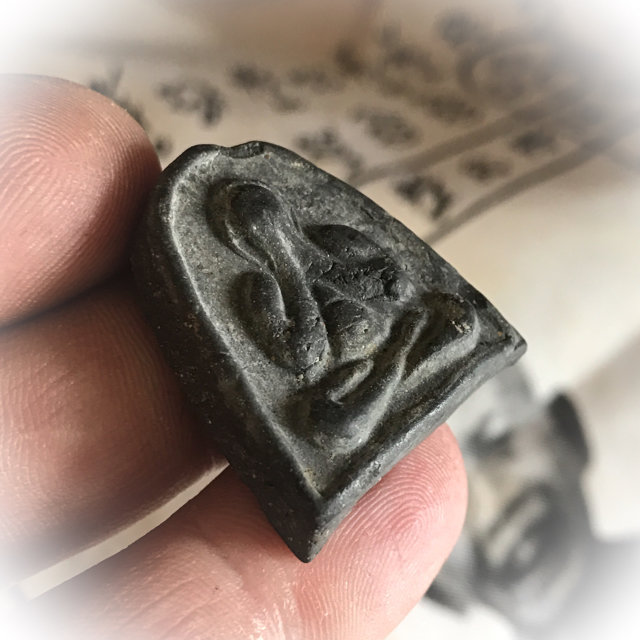 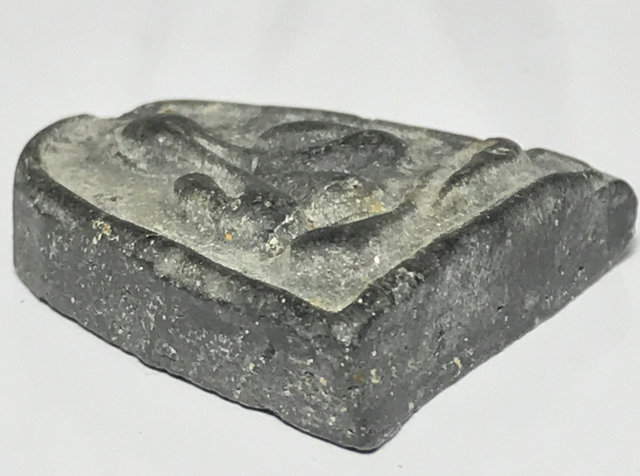 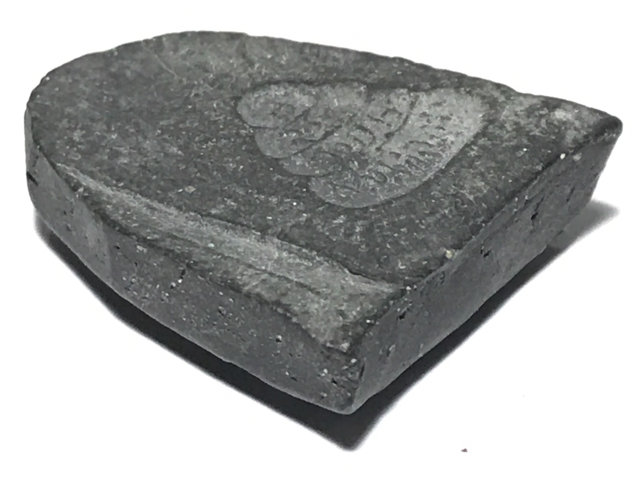 The edition was created from Muan Sarn Sacred Powders donated by the Great Luang Phu Tim Issarigo, of Wat Laharn Rai, to Mr. Manoche Hlao Khwan Sathitya, who was the first Looksit of Luang Phu Tim, to make this edition for Pra Ajarn Gim, who commissioned it in the year 2516 BE, for release in 2518 BE.\

A Pra Niyom Classic that is destined to become an Immortal Favourite and an Essential Rarity, which wil be ever more highly regarded, and never forgotten. Its Sacred Power to Bless and Protect should be undoubted, for the Blessings of the many great masters whose powers go undisputed, and the Sacred Muan Sarn Sacred Powders donated by Luang Phu Tim. This amulet is classifiable as a ‘Pra Anuraks’ (Conservation Class Model Amulet) of the Dtamra Luang Phu Tim, of Wat Laharn Rai (Rayong).