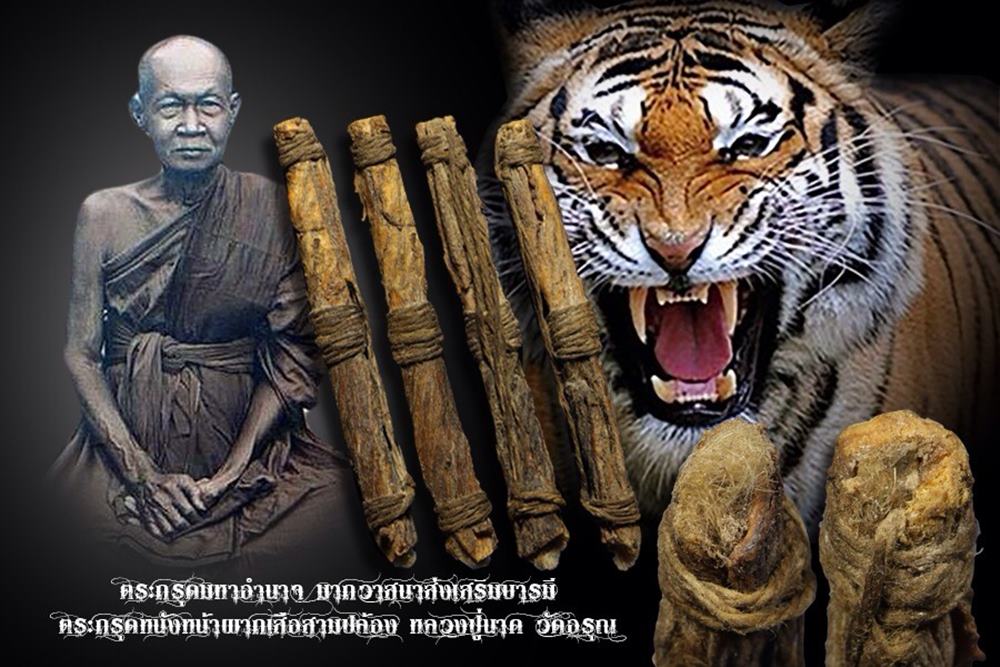 Presenting a classic and pristine exhibit of a world famous Pra Niyom Category amulet, that is extremely rare to encounter, and highly renowned for its Maha Amnaj, Klaew Klaad, and Kong Grapan Magic, the world famous Takrut Hnaa Bpaag Suea Tiger Takrut, of Luang Phu Nak (Pra Pimontam), of Wat Arun Rachaworaram. As a point of interest, Wat Arun is also known as the Temple of the Dawn, also known as ‘Wat Jaeng’, because both ‘Arun’ and ‘Jaeng’, mean ‘the Dawn’). Luang Phu Nak was a Guru Master-Monk of immense Status in the eyes of the community, with Great Merits to his name, and was renowned for his powerful mind and meditative ability. 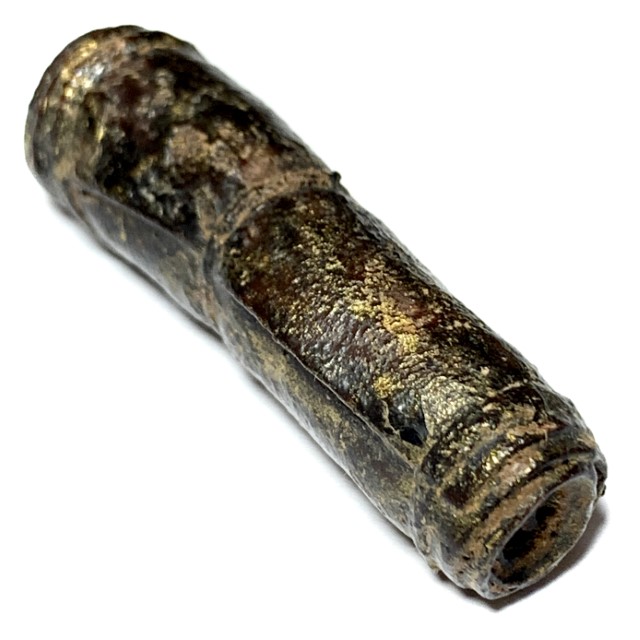 He was said to be both full of Spiritual Merit, but also highly endowed with Wicha powerful Magical abilities, which arise as side effects of the diligent practice of a meditative Monk of high purity of mind. He is considered to be the Master of all Tiger Forehead scroll Takrut of all history (arguably comparable by some, with the Takrut of LP Jong of Wat Na Tang Nork, LP Parn of Wat Bang Hia, and LP Bun of Wat Klang Bang Gaew). 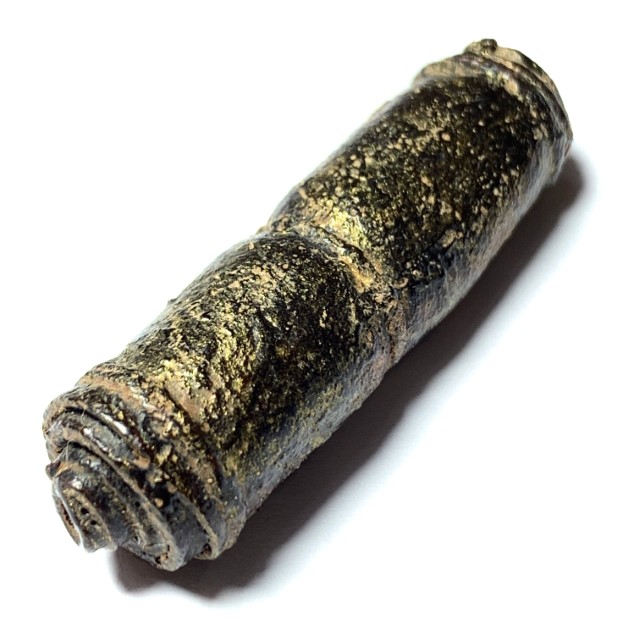 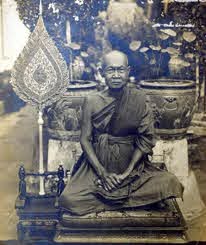 It is It is said that in olden days during Luang Phu Nak’s time, his devotees would notice how when they passed a cowshed, even the Buffaloes would cower in fear at their sensing of the Magic of the fearsome Tiger emitted by the Takrut Hnaa Bpaag Suea of LP Nak. They would run to escape, as if a real tiger was hunting them.

Luang Phu Nak was extremely famous for various amulets, especially his Takrut, and above all, his Takrut Hnaa Bpaag Suea Tiger Forehead skin spell composed of Sinjana cord wrapped and lacquer covered skin of the forehead of a Suea Kroeng Tiger. 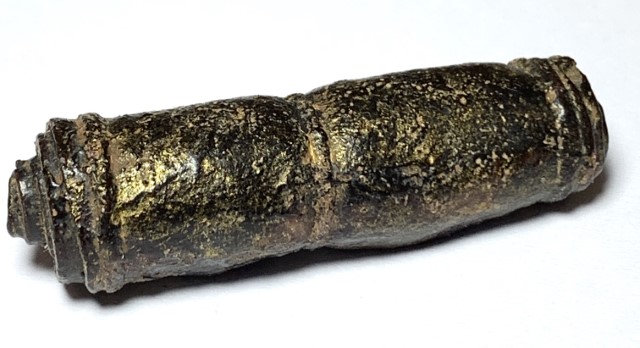 Luang Phu Nak was born on the 3rd of January 2415 BE, in Ban Bang Poon, in the province of Pathum Thani. His father was named Mr. Nuan, and his mother was named Mrs. Luean. 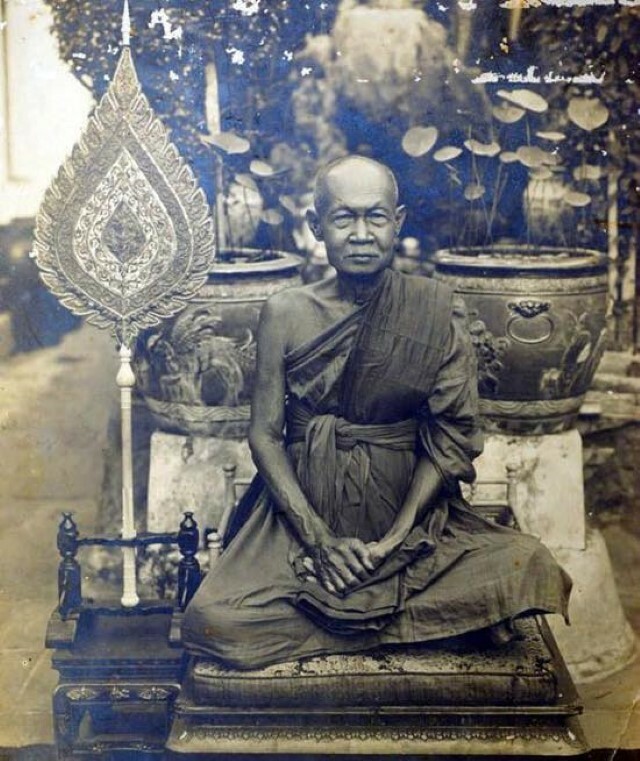 He only made a limited number, for handing out to his closest Devotees, which is one reason why the takrut Hnaa Bpaag Suea Luang Phu Nak is so rare to find, and therefore, also highly valued. Luang Phu Nak would not hand these Takrut out frivolously, and would choose carefully who he gave one to, and would only issue them in small numbers. This was because the Wicha Takrut Hnaa Bpaag Suea he had inherited from Luang Por Hwang of Wat Tian Thawaay, required the Takrut to be made and completed on occasions of 5th Lunar Saturdays only, which are rare, and therefore made it impossible to make his Takrut in any large numbers.

The Devotees of the time would go to buy Tiger skin from the Jao Grom Ber shop in fromt of Wat Sam Plerm, as in those days, hunters and collectors of animal hides, bone, teeth and the like would take their wares to sell through this shop. (hides and parts, many of which are now prohibited to sell, but which in those days was common to see on the market). Luang Phu Nak would usually make his Takrut somewhere between 1 to 2 Inches long, which allowed for only a few Takrut to be made from one forehead skin, which was why his Takrut were rarely seen over 2 Inches long. 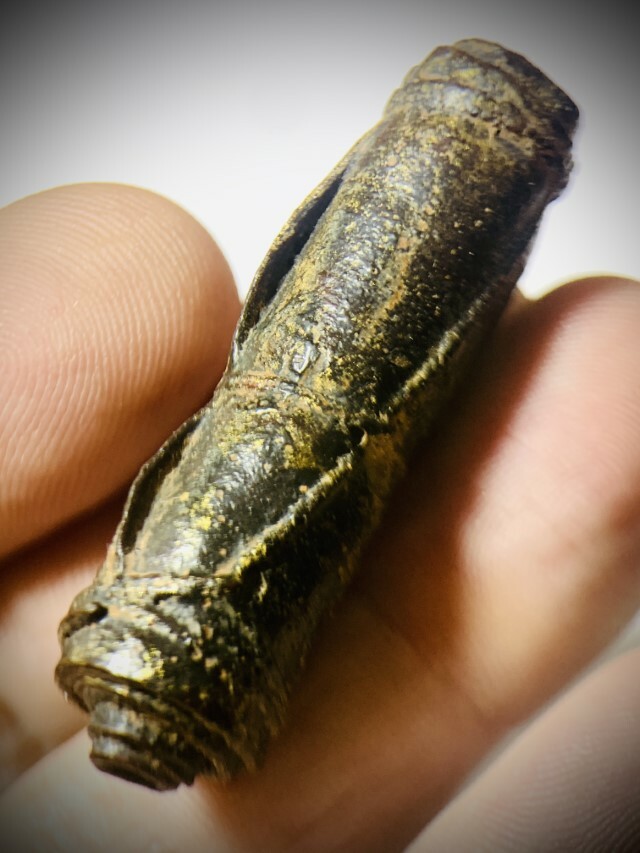 He would first immerse the forehead skin in holy water to soften the dry skin, and then scrape off the fur, to leave bare skin, and then use the skin to wrap into Takrut scrolls, which he would inscribe and empower with Wicha Maha Ud. He would also then once the skin was soft through immersion, inscribe further Khom Agkhara Sanskrit spells, to invoke the spirit of the tiger, using the Wicha Akarn 32, and the Wicha Hnun Taat 4, to reanimate the power and spirit within the tiger forehead. Luang Phu would then tie the wrapped Hnaa Bpaag Suea hide scroll with holy Sinjana cords, to prevent the scrolls from unwinding as they dried over the decades. The Takrut are seen to be lacquered, many with flakes of gold leaf visible. Most will have the Sinjana cord wrapping, but there are also some exhibits which do not have the Sinjana cord binding too (rarer). 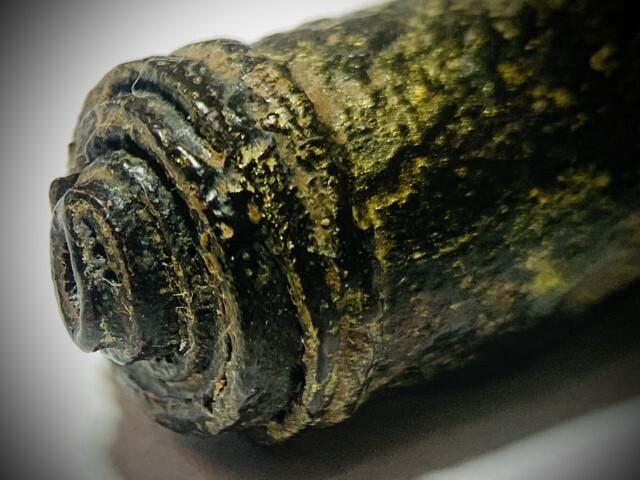 Once the Takrut had been made on a 5th Lunar Saturday, Luang Phu would then keep them to empower in his Kuti hut until the next 5th Lunar Saturday occurred (however long that may be). And then, he would give a final Buddha Abhiseka empowerment and blessing to the Takrut, and issue them to his devotees thereafter one at a time during visits. The Takrut Hnaa Bpaag Suea of Luang Phu Nak Wat Arun, os a very rare amulet to behold in this day and age, and is one of the most preferred Maha Ud Kong Grapan amulets of all time. 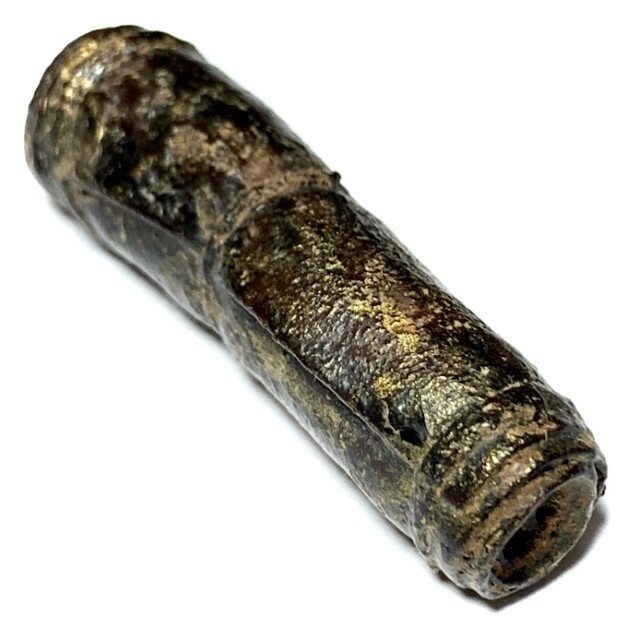 Pra Pimon Tam Luang Phu Nak passed away in the year 2485 BE during the reign of his Majesty King Rama 5 at the age of 72 years and 6 months. Luang Phu Nak remains perhaps the most well remembered and respected, and revered monk of Wat Arun in the minds of Thai people of the last Century.