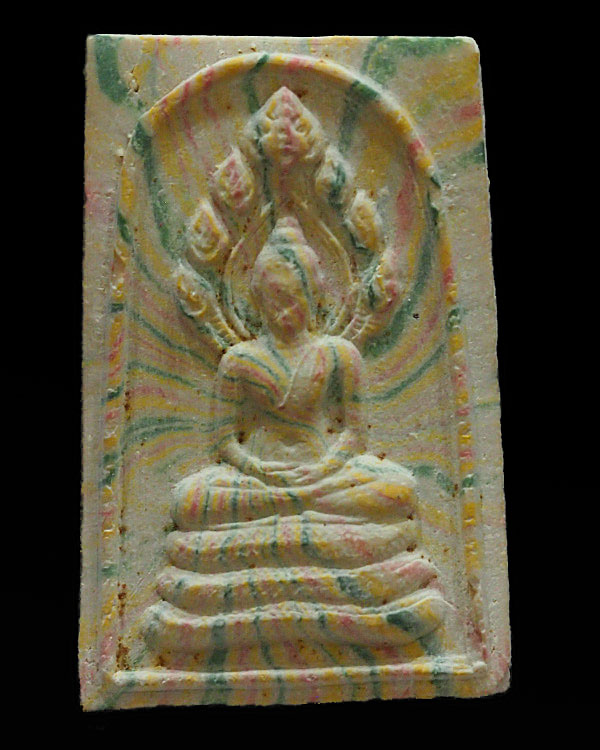 This is an extremely fine example of the Pra Somdej Sai Rung of the 2513 BE Edition Blessed by the the Great Jao Khun Nor, who is a Monk of Historical Importance and who maintained a perfect, exemplary, and admirable trajectory of practice in his Patipata as a Buddhist Monk.

Released at Wat Silakhant Temple. Jao Khun Nor was a Arya sangha Guru Monk whose Magical Powers as far as amulets are concerned are undisputed, and are known for their Metta Mahaniyom, Maha Lap, Klaew Klaad, and Serm Duang properties. Jao Khun Nor is officially known as ‘Tan Tammawidtago Pikhu’ or ‘Prayan Radtnarachamanidt. He was known for his immense Mercy and Compassion and Sincerity, as well as for his Extreme Diligent Effort and Patience in his Practice of Purity in the Buddhist Vinaya as a Bhikkhu in the Buddha Sasana.

His amulets are amongst the most highly revered and sought after by hundreds of thousands of devotees around the world for his flawless Patipata as a Diligent Buddhist Monk of Purity and for the Miraculous Properties they are deemed to possess.